Trying to find our own view on the theme of advanced cloning inspired us to create this photo series which, with a certain kind of exaggeration, points out the challenge of human co-existence within a still-developing society. The first stage of the project deals with an entertaining view on test „prototypes“ of clones of famous and wealthy people. However, in the second stage of the project questions emerge about the relationship between a human original and his clone. The confrontation of a clone and its original’s co-existence with a child and a mother‘s (father‘s) co-existence opens up the issue of the degree to which a man is mature enough to accept himself as his own replacement; to accept his own clone in the personal environment of relationships which he has been building for a long time; possibly even to face the desire to maintain his private identity and uniqueness. As the replacement individuals become adults, they find themselves in an inhospitable land, searching for their own history. They are fearful, confused, sometimes full of hope, but ultimately disappointed again.

Note: The model black and white photos are not a part of the art work.

Husband and wife, Barbora and Radim Zurek, have recently made a vibrant and significant appearance on the Czech photographic scene. Today, along with other Czech photographers, they have succeeded in precisely addressing topical creative tendencies and creating clear-cut, conceptually stable, unique, visually strong and technically perfect works that reach out to a wide audience.
The couple’s series called The Replacement bears a more profound sociological and psychological undertone. In empty landscapes with low horizon where the sky is cloudy, Barbora and Radim Zurek portray girls and boys at the threshold of adolescence whose faces (that are appropriately adjusted in a computer) remind us of child likeness or clones of many celebrities, universally known from TV screens or newspapers such as Harrison Ford, Christopher Walken, Penelope Cruz, Jessica Lange, Claudia Schiffer, Pelé, Björk and others.

The personal portrait – a major genre in photography and in painting since the Renaissance – is based on the concept of resemblance. Subject expect a realistic portrayal of their features, though some also secretly hope to look like their idols. Barbora and Radim Žůrek play with the idea of likeness and the interchangeability of features. Their portraits of children, amid landscapes that blend with the colour of their clothing, bring to the surface other faces, those of celebrities. Without giving us all the answers, the artists seek out our visual memory. On reading the captions, there is confusion and questions arise. Can one live with the face of another? Does everyone have a double? Are our faces really unique? Is it only our imagination that reveals disturbing resemblances. 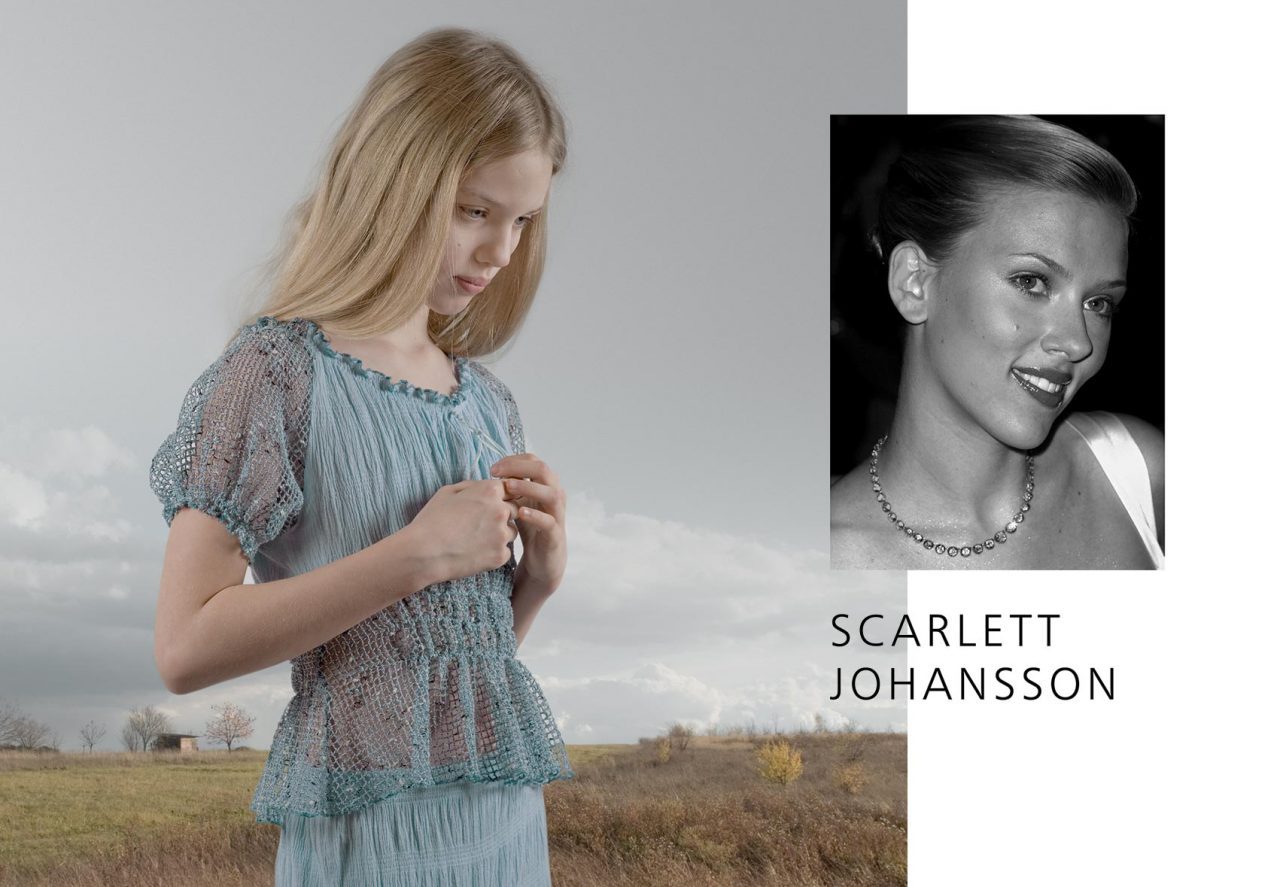 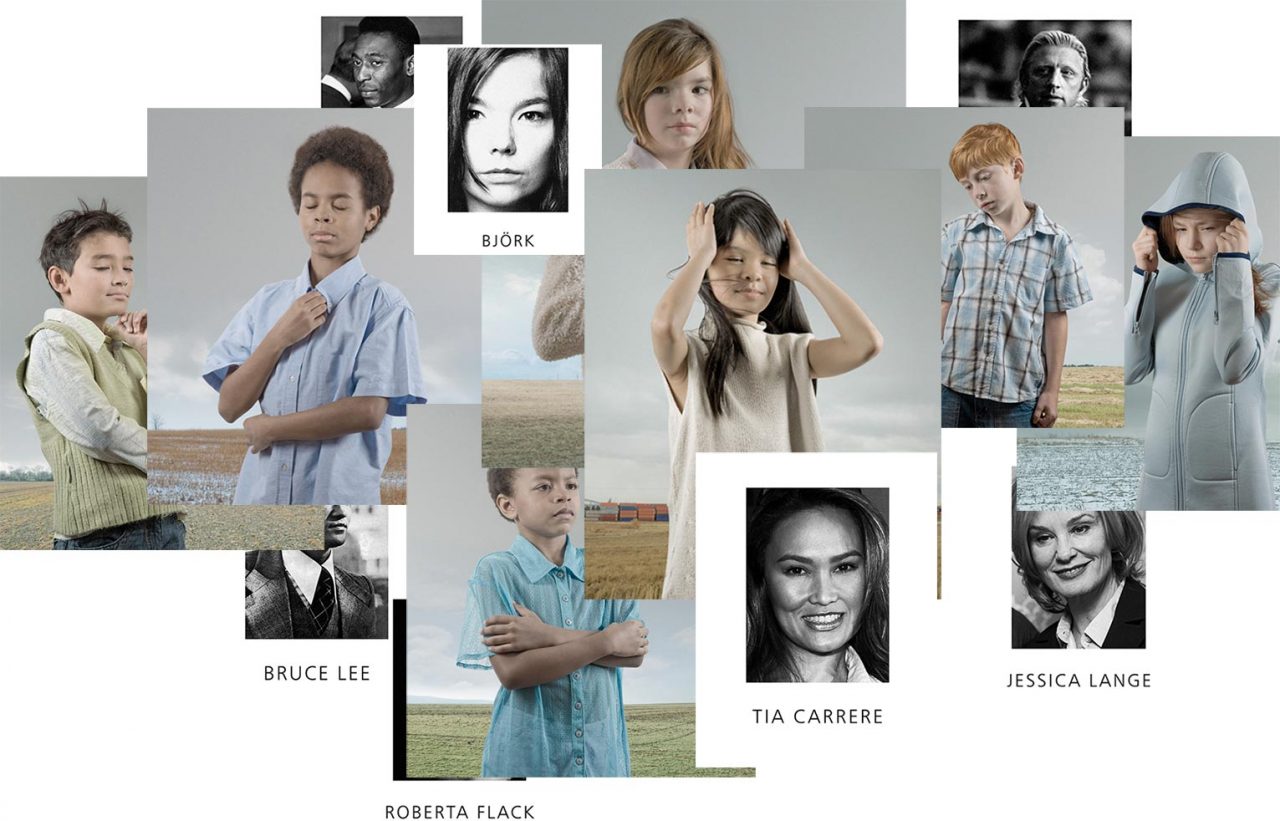 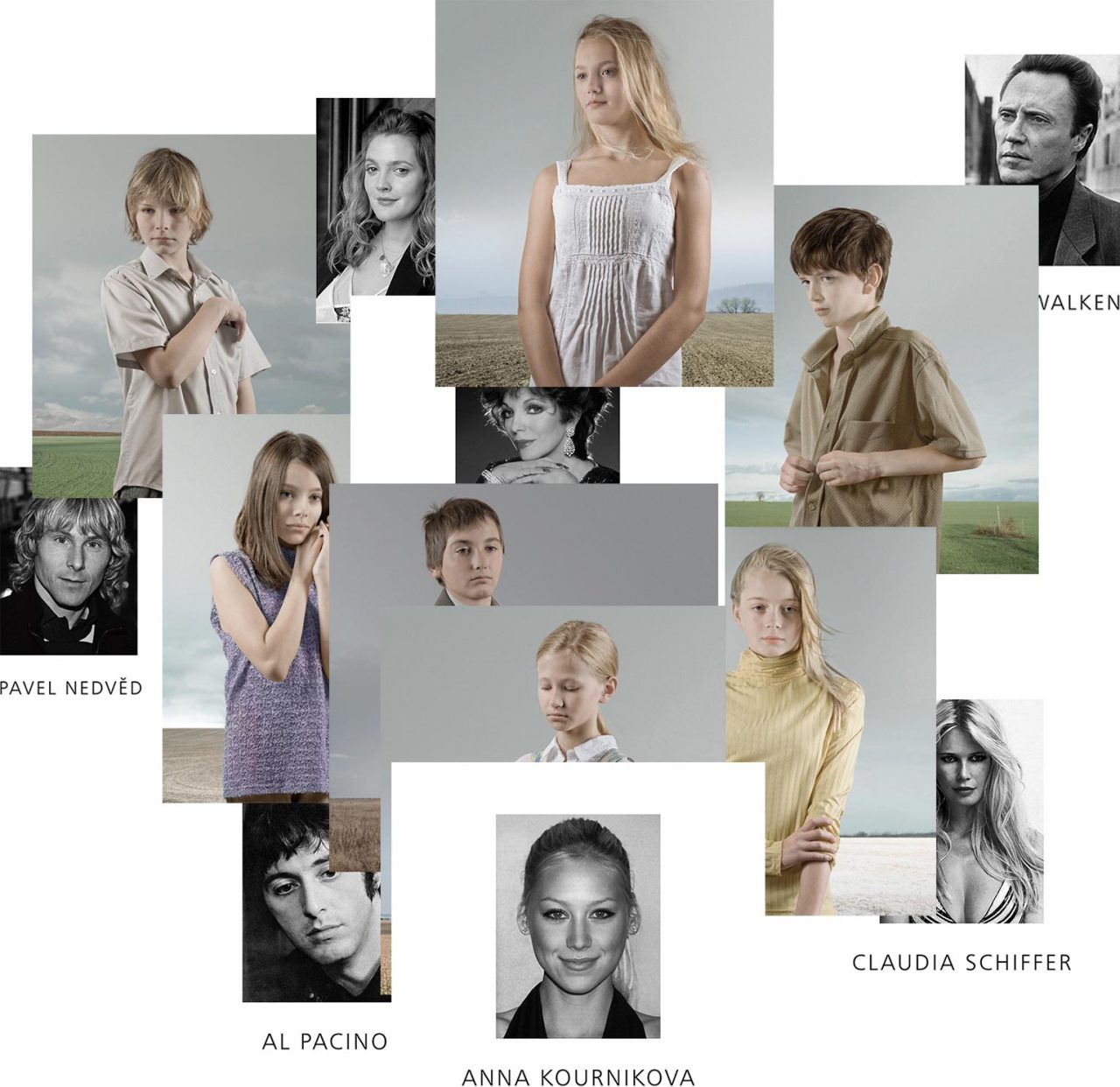 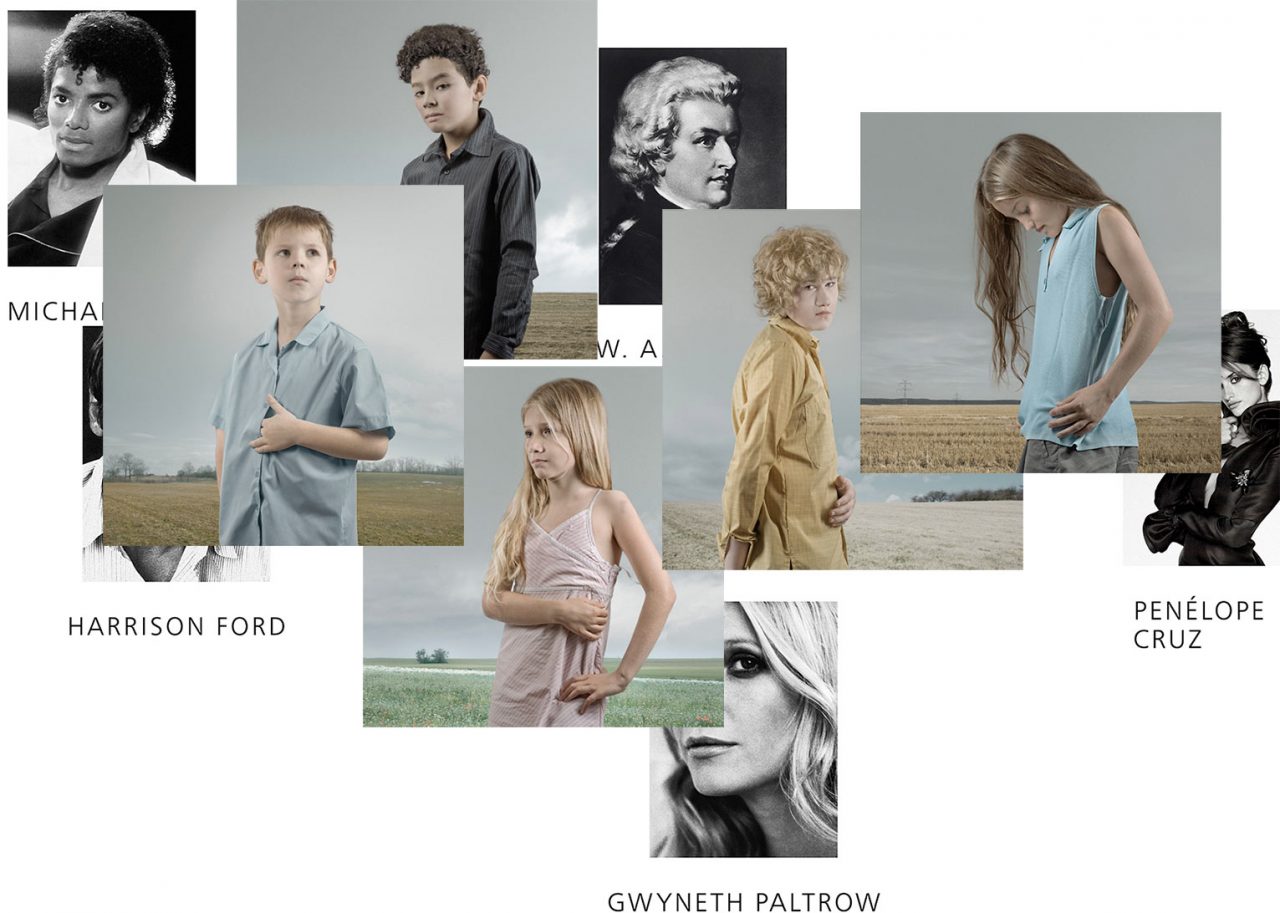